The Kind Campaign: The Fight Against Girl-on-Girl Bullying 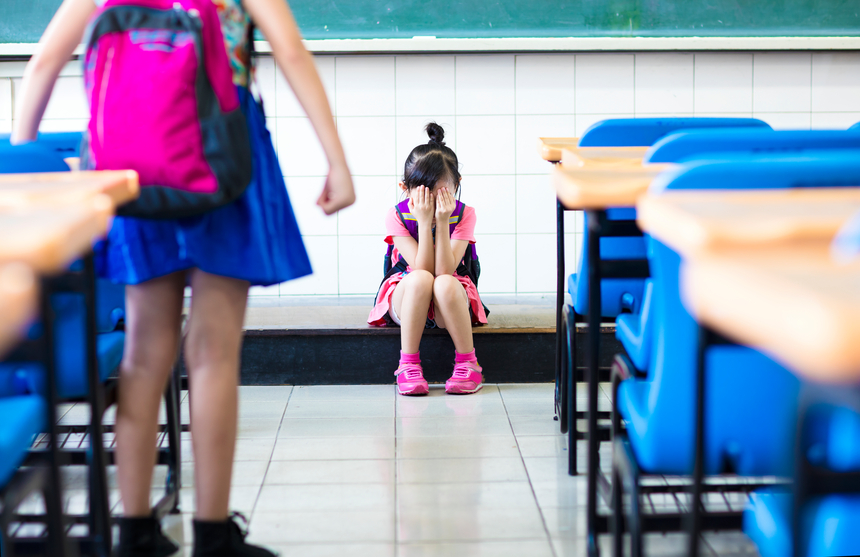 When we hear the word “bully,” most people think of a big, tough boy who steals his classmate’s’ lunch money and picks on the smaller boys in his grade. Most people think about physical violence on the playground. However, bullying comes in all different forms, and the kind of bullying that’s often the hardest to recognize happens between young girls.

Girls socialize differently than boys, even in the formative years. Unlike boys, girls are taught that physical confrontation isn’t appropriate when they’re upset with someone. This results in a more passive way of expressing negative feelings towards others. These methods of expression continue far past grade school. At almost any age, from young girls to grown-up women, girls tend to resort to passive aggressive behavior by talking behind each others backs, excluding one another, and spreading gossip or rumors about each other.

Introducing the Kind Campaign, a nonprofit organization dedicated to this very cause.

What is the Kind Campaign? The Kind Campaign is an international non-profit organization, documentary film, and school program dedicated to bringing awareness and healing the negative and lasting repercussions of girl-on-girl bullying. Having both been bullied throughout their youth, co-founders Lauren Paul and Molly Thompson were inspired to travel across the United States and expose the truth about girl-on-girl bullying. Through this trip, they created their documentary film Finding Kind and started the Kind Campaign organization shortly thereafter.

Today, Finding Kind screens in schools and communities almost daily, and the Kind Campaign gives young girls a platform to speak about their experiences with girl-on-girl “crime.”

The Kind Campaign Assembly, which now takes place in schools almost every day of the year, serves as a life-changing tool for students, teachers and parents alike. These anti-bullying tours and initiatives have impacted millions of individuals across the globe.

As parents, what can we do to stop girl-on-girl bullying?

Whether your daughter is being bullied or she is the bully, it’s important to listen to what teachers, other parents, and even other children have to say. As we’ve discussed in previous blog posts, staying calm and hearing all sides of the story will help give you well-rounded insight into the situation. Once you hear what they have to say, then it’s time to talk to your child.

Once again, regardless of whether your daughter is the bully or the victim, it’s very important to listen first. Hear their side of the story, then ask them open-ended questions to get to the bottom of the situation. Next time she’s being bullied, what does she think she could do differently to handle the situation? When she feels like putting someone else down, what makes her feel that way?

Developmentally, young girls oftentimes aren’t capable of understanding how their actions affect others. If your daughter is accused of being a bully, having a conversation with her that encourages her to put herself in the other girl’s shoes could show her how her behavior is hurting her classmate. Again, open-ended questions that spark two-way dialogue between you is a strong approach to the conversation. If she feels like putting someone else down, how does she think it will make that person feel? How would she feel if someone said or did that to her?

Be a Role Model for Conflict

Children look up to their parents as the ultimate role models. As grown-ups, we are often unaware of our own methods of dealing with conflict and even the way we bully others. It isn’t uncommon for parents to gossip behind people’s backs or criticize others in front of their children. However, it’s important to be mindful of this behavior because young girls pick up on it and can emulate it in their own social lives.

Be Aware of Her Needs

And not just the basic needs of food, water and sleep. As parents, we need to remember to include acceptance and a sense of belonging into our children’s basic needs as well. If your daughter isn’t getting what she needs, she’ll find a more destructive way to cope — which is where bullying often comes into play.

If you have more questions about how to handle girl-on-girl bullying — whether your daughter is being bullied or she is the bully — we’re more than happy help however we can. Feel free to call us at 469.287.0332 or reach out to us online. You can also stop by our Frisco, TX early childhood learning center to speak with someone in person.